More than 40 Military Chiefs have written to the Government demanding that the 130 interpreters who are stuck in Afghanistan should be brought to the United Kingdom and honour our commitment to them, without this they will be left to the mercy of the murdering Taliban….they and their families are now in deadly danger.

These brave men risked their own lives to work on our side in the Afghanistan war and there was the presumption that they and their families would be brought here and to safety, but it seems that this has not happened.

If we do not do this then nobody will trust the word of this country again.

It is shameful that this is still being discussed and it should have been done by now as there is no actual reason why it has not been.

Arif had his application for sanctuary rejected because he was dismissed from his job as a British Army interpreter. He has since been repeatedly threatened and attacked in Afghanistan and now fears he is being abandoned to the Taliban. The 36-year-old father insisted his dismissal was an injustice that followed a change in command. 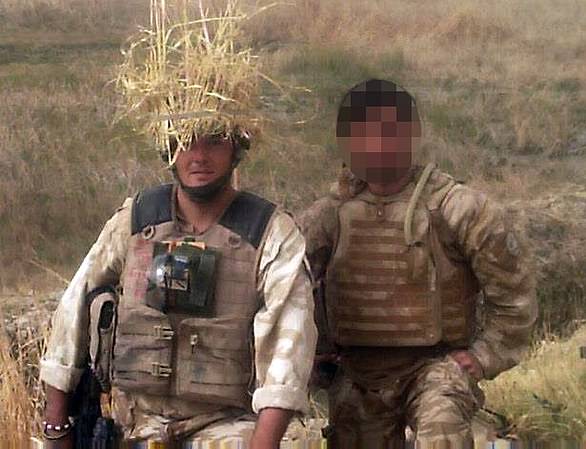 Arif (right) had his application for sanctuary rejected because he was dismissed from his job as a British Army interpreter ‘I think they wanted to reduce the numbers of interpreters so I was sacrificed,’ he said ‘now my life and that of my family has been put in danger.’ He added: ‘I followed orders and was punished for it. That can now be corrected so we can live a safe life but it seems those in UK do not want to. Please show compassion and help.’

Where is the compassion? Women and children will be murdered along with their husbands if we do not get them out of that hell hole.

Left at mercy of the Taliban

Wazir, who worked on the front line and in medical units for four years is desperate to come to Britain with his wife and four children. The 30-year-old says his home has been attacked three times and he has received numerous threats from the Taliban. His brother was murdered because the killers could not find Wazir, his family said. ‘We have tried everything to live safely and silently in Afghanistan but it has been impossible,’ said Wazir. ‘This is only because of my work for the British forces who I risked my life for and now my family pays the penalty. It is hard to bear.’

Despite glowing references from British officers, his bid for relocation was refused because he was dismissed for being in a room where an interpreter was smoking drugs. 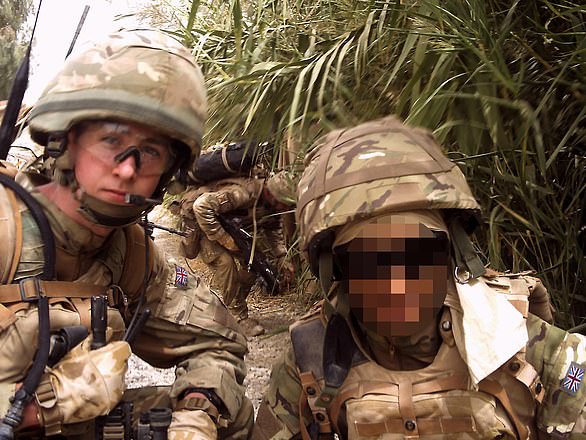 Former Heads of the Services and Senior Officers are now demanding that these brave men and their families are brought here. They helped us when we needed it and now we should demand that they are given help because it is dangerous, and how many bodies does this government need to see before they make a decision.

This could be done today. The decision could be done today. The Home Secretary seems to let those who tip up on our beaches everyday in and who are housed in 4 and 5* hotels and given spending money…..despite not having not fled from a war nor threats but who are purely economic immigrants, yet those who are in real danger are ignored, every death of these brave people or their families belongs at the feet of the Conservative Government.

It is disgusting and downright cowardly of this Government to do this.

The Prime Minister, the Government and Parliament could pass that law today and get them here and safe, but we know that they are not going to do it as they would sooner bury their heads in the sand and say “what urgency”. It is shameful that those who do not need our help other than chasing our money are given priority over those who do need our help.

Nobody in this Government seems to be able to make a decision and make the right decision, and I have made up my mind that I am not going to vote for anyone because they are all self serving and do not really care what happens to people who have helped us.

We have the leader of the opposition actively wanting Shamima Begum the terrorist supporter being brought back here, but not a word on those who fought on our side being taken out of danger. It must be more acceptable to their members to support the terrorist, although Starmer does have form….lets not forget he defended the IRA and ISIS against the Government. It is eye-opening that no one in power or opposition actually cares about the good guys.

It seems so very few of our political elite actually give a damn and even if they were not directly employed by the MOD (as that seems to be the latest excuse by some desk jockey who has never been in danger) should be brought here, as to help the British military automatically put a price tag on their head and do we not take pride that our military is there to help those who are being terrorised. We go in with the idea of hearts and minds and to beat the bad guy….when did we end up being lairs? Well the Government and the Civil Servants are those who are guilty of this, and shame on them for dismissing it so quickly. There are men, women and children at risk and it really sticks in the craw that they can be so easily ignored.

When a person puts their live at risk and that of their family to serve this country, then they should be automatically given sanctuary as failure to do so makes a mockery of any human rights that we supposedly stand up for as we are not standing up for theirs, and is Boris and the rest of them really ready to accept the deaths of hundreds as a price worth paying to forget the war?

A place where my points of view are for all to read. Email all enquiries to: pointsofsue@gmail.com View more posts